Denny exclaimed, "That's a really bright flashlight you have there--I can see it all the way from here!," nodding towards the beach from where I came, the distance muffling the crashing waves.

"Ha ha yeah," I chuckled. "It's a special super bright flashlight." I stopped and looked at him. A young man, maybe shaved three or four days ago?, wearing something like a one-piece painter's suit over his whole body, standing next to a mountain-bike with a sporty trailer hitched behind. Hmm. "What are you doing now?"

"Trying to find a place to pitch my tent."

"Oh, what do you normally do for food?"

"Where are you from?"

"I've been biking from... you know San Luis Obispo? Around there."

"You biked from all the way there!? Where are you headed?"

"Washington. I'm going to meet up with my mom."

Amazing. Well I was lonely, so, "You wanna get dinner? It's on me.  We can go anywhere you want, or I guess, where you can bike to."

"How 'bout Denny's?  It's right up the street."  Sigh... Denny's.  The absolute middle of the restaurant spectrum.  Oh well.

Denny rode off and I drove to meet up with him a few blocks away. He met me at my car and asks, "Do you smoke?," and makes a gesture putting his fingers to his mouth, and puffing, relaxing his face as if enjoying the ecstasy of peace.

"You know what I feel like? Sometimes you really want breakfast. Yeah, that's what I really want." So that's what he got. Pancakes, eggs, the basic stuff. I ordered one of their fancier burgers. He only wanted water to drink.

Denny asks, "Where are you from?"

"Well, I just moved up here from LA about half a year ago for a job."

"Yeah, I just graduated. Got a degree in GTAW/SMAW welding from Cerritos College. I used to work at a BMW dealership [for 4 years I later verified], but I was through with that. I grew up in Bakersfield. But I'm through with working. I don't want the responsibility." He spoke with a smile, not a glint of regret from his eyes.

"But you don't want a job? You got the degree and all."

"So you just stopped working?"

"Oh that's really really bad.  That can really f[uck] up your brain."

"You can't read?" I don't believe I've ever met a person who I knew couldn't read, as of yet. But he spoke so confidently, so eloquently. He was also quite charming. So surprising. "You married man? Got a girlfriend?"

"She needed to stop whoring around."

"She kept whoring around."

"You mean as in she slept with too many guys? Or you mean that as a job?"

"Oh." He still sat there with a half smile, but straight backed, with a mature confidence, as he has been this whole time. Between infrequent bites of his pancakes, and talking to me, he constantly brought his hands together crossed in front of his plate.

"Hey it's really nice of you to do this you know.  I usually go to the local place where they give out food, but their food gets old.  It's really nice to have a good meal like this."

"Oh it's cool man. I don't have many friends up here, and I like your company."

"No, it's really cool of you. Most places are not nice to people like me."

"No, gypsies are bad people man. I knew a few. They take what they want and go."

"I did see a TV show, a reality show, about gypsies. And wow, some of them are really f[uck]ing hot."

"Oh yeah. I know."  As the waitress stops by, "Hey what's another word for homeless?"

She stood there pondering. Then guesses, "transient?"

"Ah yes!!! Transient!," he bursts, staring straight forward, hands folded, smile beaming. I don't think the waitress moved. At all. But then it appeared that her senses returned, and she walked away, looking straight away from our table.

I sat there thinking of what just happened while he shoved a few more pancake bits into his mouth. My mind wandered. "Yeah, it's hard man," I thought out loud. "I really just want to meet someone to go places with, or just watch TV cuddled on the couch, and get married and have kids."

"Stop looking man. Nothing has ever happened for me the way I wanted things to. But things always happen to me when I'm not looking."

"Yeah, I know. But sometimes you gotta have a direction to work towards."

"Look, every time I planned something it went wrong. Nothing has ever happened to me the way I planned. Just the other day I had that feeling."

"Yeah, you know," looking deeply, and still smiling, directly into my eyes. "I needed it man. I needed a woman. But it's been a while. Months. I just thought that morning I really needed it. And that night, she came by. We talked and smoked. She asked if we could go somewhere, and I mentioned I had a tent. She was so happy!," and an even greater smile pushed open his already happy face. "She followed me back to my tent, and it was great!!!"

"Wow, do you guys still hang out?"

"No, I dunno where she went after that. Probably back to where she came from, a few cities away. She mentioned she came from out there. I think I might have seen her in some other city, but that's it."

"You know, I really needed a smoke. I mean really needed it. But I stopped thinking about it. And I was sitting, and I turned my head, and I saw this sitting on the ledge!" He holds up a small plastic jar about an inch and a half in diameter and maybe four inches tall, opaquely painted purple. He smiles even more.

"What the hell. What are the chances of that?"

"Yeah. Things happen when you're not looking man." 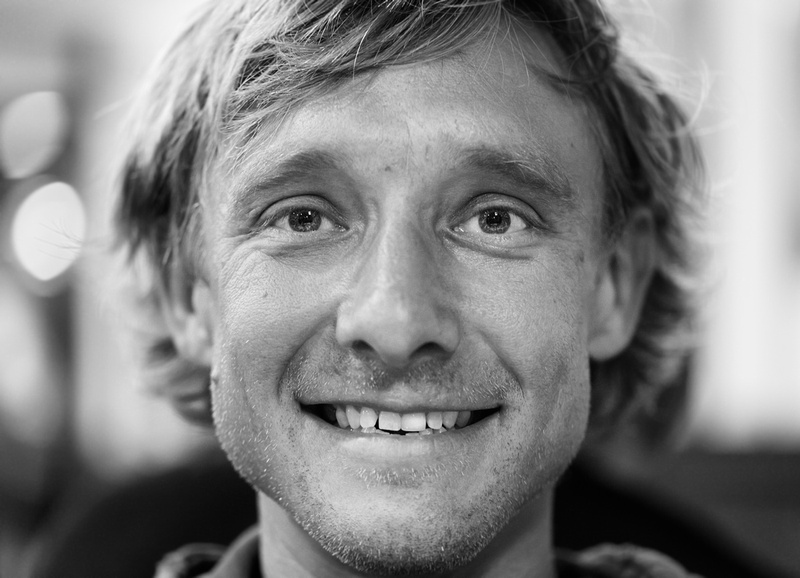 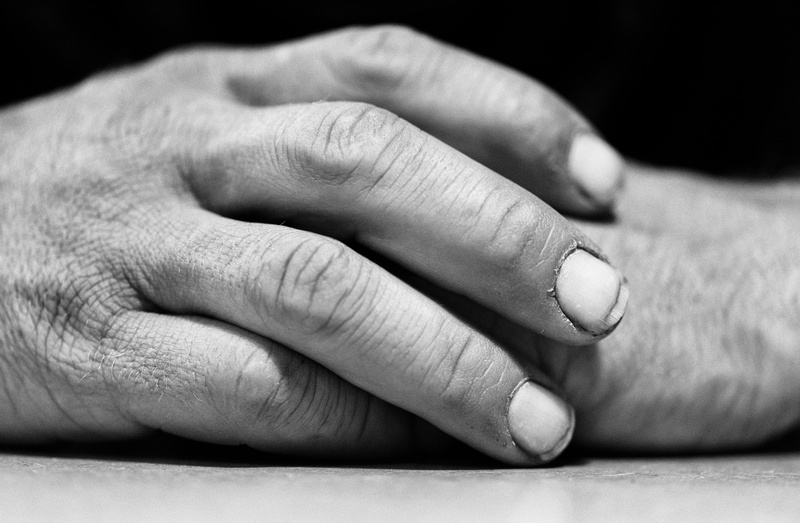 (FYI, the words are from memory, but statements are real.  This was what happened that night.)